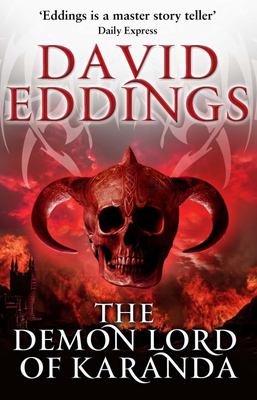 The company must track down Zandramas, who has stolen Garion's baby son and plans to use him in a plot to make Dark Destiny rule supreme, but their quest to halt an evil prophecy is challenged at every turn

BOOK 3 OF THE MALLOREON, the second bestselling fantasy series by the famed master storyteller. In the same tradition as Terry Goodkind, Raymond Feist and David Gemmell.

David Eddings (1931-2009) published his first novel, High Hunt, in 1973, before turning to the field of fantasy with The Belgariad, soon followed by The Malloreon. Born in Spokane, Washington, and raised in the Puget Sound area north of Seattle, he received his Bachelor of Arts degree from Reed College in portland, Oregon, in 1954, and a master of arts degree from the University of Washington in 1961. He served in the US Army, worked as a buyer for the Boeing Company, and was both a grocery clerk and a college English teacher. He lived in Nevada until his death, at the age of 77.